Christmas Cards Made with Kids

Inspiration: Now that D is almost 6, she really wanted to help me make cards this year.  She had little Felties stickers that she got in a present and of course we had to use them.  This is what we ended up with: 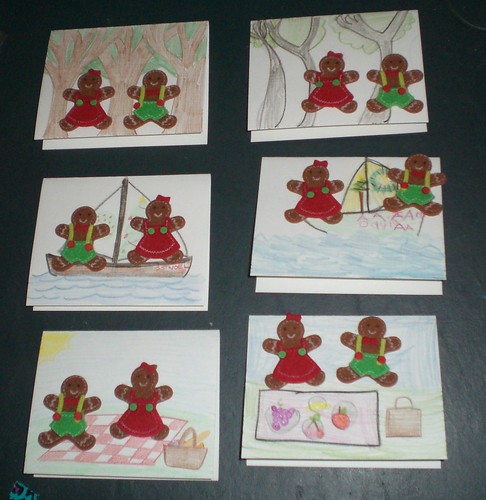 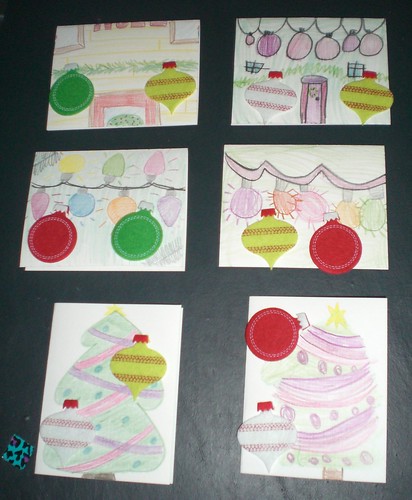 How we Made Them: D chose a scene that we both drew based on how she described her idea.  We colored our scenes with Colored Pencils and then placed the Felties in the scene after removing the sticker backing.  Inside the cards, I wrote "We wish you a Merry Christmas and a Happy New Year".
In the pictures above, D's version is on the right-hand side and mine is on the left.  Pretty good artwork for an almost 6-year old.

Notes: D loves to draw so doing a card when she got to draw was perfect.  In the past we've also glued cut-outs from magazines to make cards or stickers or small mosaic-like pieces of paper.  She also really enjoyed that we were both making the cards at the same time.  She could "borrow" small ideas from mine and I could "borrow" ideas from hers and they both still came out unique.
Posted by LBK at 1:28 PM 1 comment: